On this day that we mark my father's departure for Glory Land, I want to tell you a story about his hands. I've always loved his strong and gentle hands. I've held those hands and been guided by those hands throughout my lifetime. I will miss my father's hands.

I know that most of you had a relationship with my father that involved his hands in some way. Maybe, as a child, those hands pushed you in the porch swing, or served you melting ice cream cones. Those hands may have helped you cook a delicious campsite dinner after a day of fishing. Remember the daily routine of watching those hands open the Bible for family devotions? Perhaps you joined hands with him in ministry to pray for him, or to be prayed for by him. You might be a military person, like my father, who lifted his hands and pledged to serve the country. Maybe you are one of the loving caretakers who became his hands in the last part of his life when he was unable to use his own hands. Maybe you just shook his hand once, but you knew his story and you remembered the sweet, humble person he was.

When my mother first saw a picture of my father in the newspaper, she read about his experience as a Doolitle Raider, imprisonment that followed, and his vow to return to Japan as a missionary. Upon seeing that he planned to attend SPC, the same college as her, she was determined to meet him and shake his hand. Little did she realize that she would one day shake his hands and then never let go! To my mother today, I want to say that the story of your life, walking hand in hand together with dad, is one of the greatest love stories I know. You honored each other in sickness and health. Thank you, mom, for being so steadfast and strong.

My father used to tell a story about the time he was a POW in a Japanese prison during WWII. He had grown very weak during the 40 month ordeal, suffering from malnutrition and dysentery; daily lice and bed bugs. He had counted over 75 boils on his body and was miserable. He had read the Bible and become a Christian in that prison cell and it struck him how much easier it would be to die and go to heaven then to stay alive and suffer. He says he lifted up his hands and said, "Lord, take me. I just want to leave this suffering and be with you." Then he became aware of his hands. They were empty and he thought, "I can't go like this. I've never done anything for the Lord. Just think about it; to appear before the Creator of the universe, after all He's done for me, -he sent his Son to suffer and die upon the cross to forgive us for our sins - I didn't want to be there for all of eternity with empty hands." He quickly put his hands behind his back. He knew he was a shy, public speaker but thought maybe he could at least be a janitor in a church. He said, "Lord, I don't want to come to you with empty hands. Give me another chance and I'll try."

God granted my father's humble prayer. He was given a full life time to try his best to forgive his enemies and to love in all circumstances. Who can measure the impact of his obedience? 30 years of missionary service in Japan, helping to start 23 churches, raising 5 children, honoring his wife of 61 years, preaching in countless churches across North America and all of us inspired and challenged by his story and life.

In the last few years of my father's life, he suffered from Dementia and Parkinson's. He fought a brave battle, but this time, when he raised his hands to Heaven and said, "Lord take me," his hands were full. He can spend eternity with Jesus, satisfied that he tried his best to obey and do the work he was given to do. I know that he is happy. I'm certain that Jesus is enjoying his company, and I know he is hearing the words, "Well done, my faithful servant" as he places his hands in the hands of Jesus.

If my father were here today, he would not want this service to be about him and his accomplishments. He would want Jesus to get all the attention and credit. He would urge us to love each other, believe the Bible and say, "Yes, Lord, I will try to do what you ask of me." He would say that following after love works 100 times out of 100. And I am certain he would ask us this final question:

"On that final day, when you are called to meet Jesus... what will you bring in your hands?" 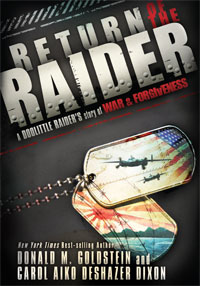